Awareness Through the Creation of Jargon

An experiment in perception involving a taxonomy of typos.

The Sapir-Whorf hypothesis holds that linguistic categories and usage influence thought and behaviour. While it’s relatively uncontroversial that such a link exists, the strength of the link is hotly debated. An example of a strong statement of this hypothesis is the fictional Newspeak language in Orwell’s 1984, a language used as a tool of oppression that functions through the removal of the vocabulary of revolution. Personally I don’t believe the strong version of this hypothesis—in such a situation I’d assume the linguistically deprived citizens would plan their revolutions through circumlocution. The weaker form of the Sapir-Whorf hypothesis only claims that there is an influence between language and thought. For the same reason that we’re more likely to eat apples if there’s a pack of them in our homes, we’re more likely to think about and express concepts for which we have vocabulary conveniently at hand. Vocabulary packages and reifies our thoughts for our own future consumption and for communication with others. I think the weaker form of the Sapir-Whorf hypothesis is true, and from this assumption followed a “what if”: What if I invented my own vocabulary so as to influence how I thought about a particular field? Would the readily available invented jargon rush to mind and enable me to see in greater detail?

As an experiment I decided to tackle a personal pet peeve: typos. For whatever reason, be it inattention, sloppiness, or poor vision, I make significantly more typos in my writing than my peers, so I wanted to sink this count to an acceptable level. This isn’t solely vanity; typos have caused bugs in my tech company’s code, undesired “agreement” in legal contracts with authors (that cost us thousands), and embarrassment in professional relations— especially dangerous if, like me, you work with high-scoring graduates from top universities. (Plug: Do you fit that bill? Read here regarding selling your notes with my company.)

Granted, in some media we waste our time with typo vigilance—for me that’s SMS, email between friends, and Facebook. But all in all, the ability to catch typos in important communications is a worthwhile skill.

My core assumption for this experiment was my observation that when we name concepts they jump readily into the focus of our awareness. Prior to their naming, these same concepts had still existed and could have arrived to our attention, albeit with increased resistance and reduced frequency. Take second languages as an example. As an English-speaker living in Germany, I absent-mindedly stared at the same German language advertisements in the subway for days on end, thinking my mind had captured their full meaning. Then, one morning I’d learn a new German word, and when I next travelled the subway I’d see my latest piece of vocabulary plastered all over the advertisements I thought I’d already read. Despite my daily exposure to the printed letters that composed the word , I only saw it, in the sense of having it enter my awareness, after having learned that German word’s meaning.

In cases where the new word represents a concept that does not exist in my native tongue, I began to see reality along the lines carved out by that concept. For example, German has the concept of schadenfreude (defn: the pleasure derived from the misfortunes of others), and to my moral disappointment I clearly identified and labelled what was previously only a nondescript negative feeling as an overwhelmingly clear case of schadenfreude. By learning a new concept, I became aware of when reality embodied or matched this concept and understood myself better. In a sense, I had increased my perception, and it’s on this basis I reasoned that awareness of typos could be expanded through the invention of domain specific vocabulary.

Before you object that the examples above are limited to second languages, let me add that awareness of reality may be increased in this way when using our native tongue. Take, for example, the concept encapsulated within the word pareidolia, that is, “the imagined perception of a pattern or meaning where it does not actually exist, as in considering the moon or other inanimate objects to have human features”. Upon learning the concept pareidolia, I began to notice when rocks looked like faces, or when advertisers showed me human-like images of cupcakes in order to divert my eyes to the advertised product. 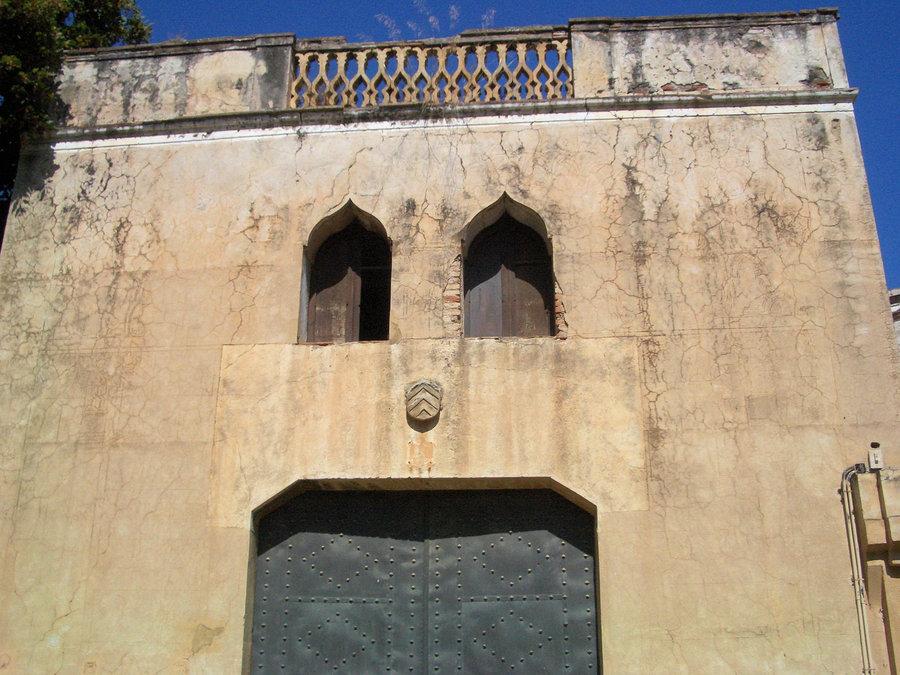 I’d also observed that a good indicator of having moved past the beginner stage of learning a skill is the ability to flip through the index of a textbook in that topic and explain the meaning of any term. In other words, I noticed a correlation between jargon acquisition and skill-building. Really knowing the definitions and application of the various tenets of criminal law, while not enough to become a lawyer, is certainly a solid foundation.

In popular developed fields that are taught in universities, such as medicine or law, we meet an entire language of jargon, a language so dense that the suspicious accuse these groups’ members of opaqueness to the point of conspiracy, some even charging the legal system with the crime of inventing the jargon to prevent punters from representing themselves, thereby artificially raising the salaries of the legal system’s professional practitioners.

Certainly, these fields are awash with jargon, but I would acquit on charges of conspiracy, although perhaps indict for the much lesser offences of euphemism (“myocardial infarction” for “heart failure”) and failure to update terminology as the common tongue evolves (latin terms such as “actus reus” for “guilty deed”). For the most part, medicine and law simply have a requirement of precision about topics not normally held so close to the magnifying glass, and their incomprehensible jargon are merely extraordinarily well-defined tokens for the phenomena in question, tokens that enable clear(er) communication during important matters—be that surgery or 100-year contracts for oil exploration.

In less institutionalised fields, a family of prepackaged concepts is less likely to exist. Perhaps this is because nobody has hitherto cared enough or because the experts did not wish to reveal their secrets for fear of inviting competition. Whatever the reason, it now rests upon us to assemble a vocabulary, thereby augmenting our awareness.

Here we return to the typos. Over the past year I identified and categorised over 25 forms of typos in my own writing, attaching to each a name and a personality: the missing mirrored punctuation mark (e.g. omitting a closing parenthesis), the the immediately repeated word, capitalisation of that which is Important to me such as my Job Position or Subject I studied, or Near Names, that is when someone has a common name written with an uncommon spelling that I skim over, e.g. “Symon” (Simon) or “Jain” (Jane).

Below I’ve included a summary of my categories:

Alongside categories of typos, I also took note of the circumstances within which typos occurred, eventually arriving at some fundamental realisations. They may seem simple to you, but they proved pivotal to me in understanding my personal pitfalls.

Realisation one: most typos occurred due to my indecisive editing process whereby I might recast a sentence three or four times. I learned that I could reduce typos dramatically by either a) settling on the initial sentence form and not introducing errors during a rewrite; or b) systematically rereading any sentence in full (as opposed to in fragment) following edits. Grammar was more brittle than I had assumed, and replacements of a single word or phrase may require edits all the way over on the other side of the sentence (for example replacing a noun with its plural often requires the plural form of the verb to be substituted).

Realisation two: typos were generally caused by blips in my attention. They could therefore be dramatically reduced by heightening awareness while typing. For one, I started attentively watching the cursor on the screen as I typed. Looking at the keyboard, as I tended to do while typing, increased typos. Therefore, proper touch typing discipline was instrumental in reducing typos, along with following the letters of each word as they passed by on the computer screen. Related too, although far from perfectly implemented by me, was the employment of the meditative practice of awareness about when your attention was drifting.

These realisations did not come cheaply and could not have been arrived at without sustained observation. I do not believe in magic in matters of the mind; logic and reasoning do not act in a vacuum—they must be fed experiential observations in order for them to extract patterns. A genius might extract patterns from fewer samples or from samples only analogously related, but no person—no matter how brilliant—can conjure knowledge out of nothing. (Indeed so strongly do I believe in the necessity of observation that I base my computer programming strategy on copious feedback systems.) The unexpected pleasant side-effect of my jargon acquisition experiment was that I amassed accurate, catalogued observations about the circumstances of my typos, which later provided the raw material for my reasoning to act upon.

Aside: Although not something I personally figured out, I should nevertheless mention the standard advice on proofreading, for it is valuable and is something I do in practice rely heavily upon. In order of descending effectiveness a) ask a friend to proofread for you; b) proofread by reading aloud and slowly; c) print out before proofreading; d) wait at least 48 hours after writing to proofread so as to give your mind enough time to forget the exact wording and not automatically fill in the gaps as you read.

Those of you who already know me are aware that I spend about half my waking life writing and reviewing flashcards, so it won’t come as any surprise to learn that I placed my new typo concepts within an Anki deck and regularly reviewed them, thereby absorbing the material. Within a few months I noticed that my proofreading, while still not perfect, was an order of magnitude more effective, with me missing only one error per five pages in my latest proofreading test. Compare that to my prior rate of about five errors per page. (Edit: In my recent test, I printed the text for proofreading, so this printing partially explains my improvement. Thanks to Kai Wu for pointing out this confounding variable. )

My identification of classes of typos meant that I knew what to look for during proofreading and could therefore spot typos with less energy and error. Dare I say I was “aware” of the typos with a focus I had not previously known.

I don’t claim this is hard science, but anecdotally I believe there’s something to jargon identification, and I write today to encourage others to experiment with it as a means of skill-building in underdeveloped disciplines. I’d also hope that you share your vocabulary—I for one am hungry for novel concepts.

Thanks to language expert Ulyßes Lutetiæ-Berolini for criticism and feedback on arguments and to my editor Joseph Doherty-Bailey for fixing my grammar.

Tips, shortcuts and revisions to the original method